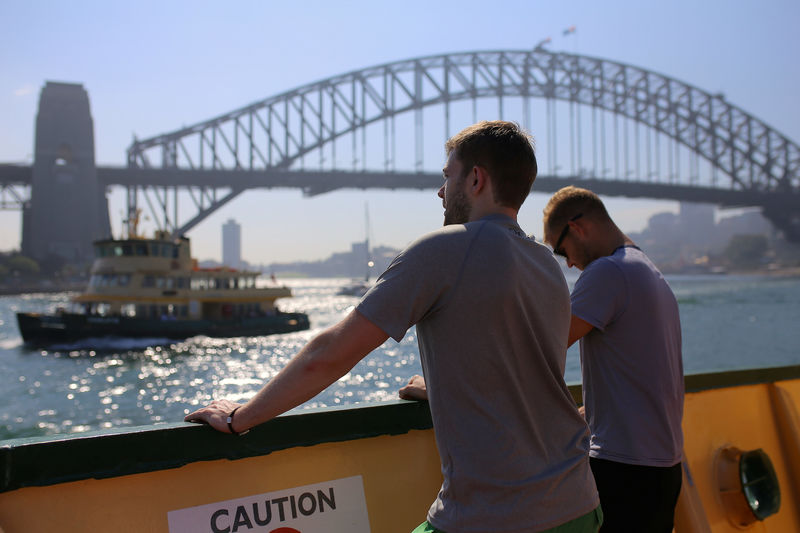 (Bloomberg) — A gauge of Australian employment slumped to the lowest level in more than three years, according to a closely watched survey of businesses sentiment, in a possible harbinger of interest-rate cuts ahead.

National Australia Bank Ltd.’s April employment index dropped to -1 in April from 6 in March, the weakest reading since January 2016. The Reserve Bank of Australia is using the ongoing strength of the labor market to resist easing, while acknowledging that rates would likely need to be lowered if unemployment failed to fall further.

“We will be watching future readings of the employment index to assess if this is a sustained signal,” Alan Oster, chief economist at NAB, said in Tuesday’s release. The level of the gauge suggests a slowdown from the pace in the second half of 2018 and early 2019 and “will likely mean that no further progress is made on reducing the unemployment rate.”

Australia’s labor market has been a standout over the past 2-1/2 years and the jobless rate has fallen to 5%, a level that was previously seen as close to full employment. While that is no longer the case, and the jobless rate would probably need to drop closer to 4% to spark faster wage growth and inflation, hiring has managed to remain strong even as the economy has decelerated.

Overall, the report showed business confidence edged up to 0 in April from -1, while conditions slipped to 3 from 7, giving up most of their March gains. The survey was conducted from April 18-30, meaning it covered the release of weak first-quarter inflation that prompted a number of economists to switch to forecasting rate cuts.

“We will continue to watch the employment index as well as the other forward-looking variables over coming months for further slowing,” Oster said. “In particular, the readings of labor market related variables will remain important as, for now, the interest rate outlook appears to hinge on continuing strength in the labor market.”

The economy probably added 15,000 jobs in April and unemployment held at 5 percent, economists predicted ahead of employment data due out Thursday.

Traders are pricing in a rate cut in the next three months with a strong chance of a follow up easing in the ensuing quarter.